Whether it is regular gaming or at a casino, the vast majority of players today prefer to play via mobile phones and tablets. As a result, several online casinos, including Duelz, have adapted to this. As a player, you can enjoy a gaming environment that is easy to navigate and view even when playing on the mobile.

No app is required to be able to play at Duelz casino via mobile, instead, you use the browser of the device to enter the casino. It doesn’t matter if you use Android or iOS. It is also possible to make deposits, withdraw winnings, use bonuses and contact customer service via the device’s browser. 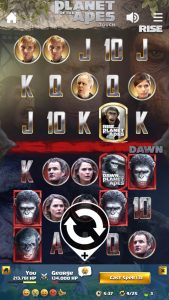 Built as a Mobile Game

In general, you can say that Duelz internet casino is built like a normal mobile game. It is very similar to one since you can compete live against other players in duels. As you play you can collect different chests and these contain all sorts of different rewards and bonuses that can be used not just in games, but also in the duels. Given that the casino is so much like a regular mobile game, it is not surprising that the games that the casino offers are on the top list for mobile games. Whether you want to play on a computer or a mobile device, the games load quickly.

When it comes to Duelz’s internet casino, the creators SuperNation are also behind successes like NYspins Casino and VoodooDreams. They have built several platforms, the platform for Duelz Casino included. So it doesn’t come as a surprise that the casino has become such a huge success, no matter which device the player use.

The Future of Duelz on the Mobile

When playing Duelz on a mobile, it’s almost like going into another world. Overall, there are really good graphics and it is similar to the graphics in modern adventure video games. You can tell that this casino is something out of the ordinary when it is visited from a mobile, and it makes sense that you are asked to visit the casino on mobile when you access the site from a computer.

When it comes to the future, it can’t be ruled out that Duelz will also make an app available, it is even very likely. Today you can duel against your fellow players among all casino games, but in an app, this would probably be even faster.

Which Games Work on Mobile Devices?

When playing Duelz on your mobile, you don’t have to worry about missing out on your favourite games. Over a hundred different games are available from all categories. You can find slots, table games and various live games that can be played directly in the device’s browser. A lot of players feel that many of the games do better on a smaller screen than on a computer. The site’s layout is dynamic and adapts to the size of your screen. This makes it easy to see slots, cards or anything else, even though the screen is small.