Do you enjoy table games? If so, Duelz live casino is really something for you. Here you can play a number of live games from Evolution Gaming, all streamed by web cameras which makes the feeling and experience complete. Here you can find games such as Roulette, Baccarat, Blackjack, Caribbean Stud Poker, Three Card Poker, Texas Hold’em and Dream Catcher. Most of the games also come in different variations on different tables. If a dealer doesn’t give you cards or numbers in the way you want you can easily change seats while still playing the same kind of game. 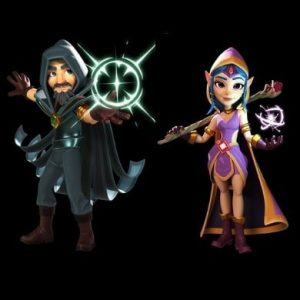 How do you play live?

If you want to play live with the Duelz Casino live casino you enter the site and click on the live section. Here you will find the live games and you choose from them just like any other game. When the game starts you will see everything happening through a web camera strategically placed so that you can see all of the table, including the dealer. You interact in-game with the other players and the dealer through a live chat. It is also through the chat you announce your bets, what numbers you want to play and so on. In this way, it is impossible for the casino to cheat or tamper with the game. The game is then played as usual, and in the end, any winnings will be paid out to the players account instead of being given out on the table as chips.

There are many advantages of playing live at the Duelz casino live casino. As a player, you will get a phenomenal gaming experience, which is totally different from playing machine-generated games at the regular online casinos. Reviewers tell us that the dealers really devote their time to the players and know what they are doing. This makes the games even more serious. Another advantage is that you as a player can use different strategies. A lot of people believe that this is illegal, but as long as you are not manipulating the games, strategies such as card counting and similar are allowed at Duelz.

As a player, you will also get a more personal experience when you play live as you actually have a real dealer dealing the cards, handling the bets and spinning the Roulette wheel. When playing at Duelz you can ask the dealer stuff about a certain game, or just chit chat as you play. In the live casino, the one playing will feel as if they were really in place at a real land-based casino somewhere in the world.

At Duelz you can also duel against other players. This is also done live. So it’s not only in the actual casino games you can interact. In the duels, the players use magical powers to outsmart their opponents. The purpose is to get hold of treasure chests that Duelz have placed on the site and the player can find a number of goodies in the chests. These are, according to many players, what makes them spend hours every day playing at Duelz. At Duelz you will find a much more social game experience where you can play against dealers, but also against other players from all around the world.