In most casinos you can play a number of different table games, this is also the case at Duelz. But how do the different games work? 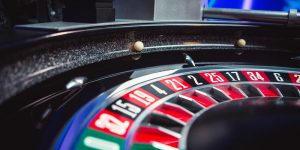 At Duelz you can play many different varieties of Roulette. This is a real classic table game that you can find on most online casinos. At Duelz you will, first of all, find the three classic versions of the game; French Roulette, American Roulette and European Roulette. In both the French and European version of the game, there is only one number zero on the games table and wheel. In the American version, there are two zeros, one single zero and one double zero. This gives that the casino has a greater advantage in the American version as compared to the other two. Apart from these Roulette games, it is also possible to play different versions of Roulette. There is, for example, a Mini Roulette which is available at Duelz. In this game, there is one zero but it differs from other forms of Roulette since it only has 12 numbers on the wheel instead of 36.

It is also possible to play a live version of Roulette at Duelz. You will then see a real Roulette table streamed by a webcam, and a real dealer dropping the ball in the opposite direction of how the wheel spins. You will see the ball stop, and you can exclude the possibility that the casino has cheated. In the variants of the game that doesn’t have a live version, it is a random number generator that decides where the ball will stop. All these games are naturally licensed and certified by approved authorities to ensure that they are not rigged in any way.

At Duelz it is, of course, possible to play Blackjack, one of the most well-known casino games. This game is also available in different versions at the casino, including a live version. In the game, the player is initially dealt two cards. The player is allowed to look at them and can demand more cards if he or she wishes. The purpose of the game is for the player to get as close as possible to the number 21, but not more than 21. If the player’s score exceeds 21 he/she will go bust and lose the game. It is also possible to buy so-called insurance. This costs half the bet and is only possible to purchase if the dealer’s first card is an ace. If the dealer scores a Blackjack the player will win back his bet, including the insurance. If the player loses, the insurance is lost and the game will continue until ther is a winner.

A lot of players state that it is easy to play live table games at Duelz. No matter if you play on your computer or using a mobile device, you can quickly enter the live casino and then start to play. The streaming is smooth and in the background, you can hear real noises emulating from the games at the casino. The live casino will also provide you with unique opportunities to apply different strategies to the games. This is permitted at Duelz as long as the player doesn’t try to manipulate the games in any way or ruin for the other players on the site.